“Why couldn’t I sustain something that made me feel so good?”

This was the question I asked my dietitian shortly after binging my way out of what would become my very last diet. I couldn’t understand why I would sabotage myself by binging when I actually felt good and was doing what seemed like “healthy” things for my body.

Her response instantly destroyed my desire to diet ever again (which I’m eternally grateful for!). More about that in a minute…

Principle #1 in the book, “Intuitive Eating,” by Elyse Resch & Evelyn Tribole is “Reject the Diet Mentality.” I’ll be writing more about the diet mentality this month, but in the book, it’s defined as having three parts:

Naturally, if you’re going to reject diet mentality, rejecting the concept of dieting is part of the deal.

The first time it was suggested I stop dieting, I didn’t understand the concept… How am I going to lose weight if I don’t diet?

Most people not familiar with the non-diet, Intuitive Eating or Health at Every Size® approaches don’t get it either. We live in a diet-centric, thin-at-all-costs culture that judges the worth and morality of people by the size of their body. Actually, let me restate that… people are judged by the width and/or weight of their bodies. 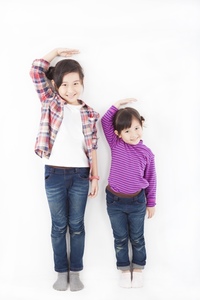 I clarified that because we don’t judge people for being shorter than average or taller. Why would we? It doesn’t make any sense to berate or think less of someone because of a physical characteristic they can’t control, right?

But this is the problem. Diet culture has convinced us that we can control our weight or size. Victims of diet culture are beginning to realize this isn’t the case. Not to mention the research over the last couple of decades backing up the idea that we don’t get to pick the size jeans we wear or our number on the scale.

But, as usual, I digress…

Giving Up Dieting is Scary

I was introduced to Intuitive Eating through a dietitian. A colleague knew my struggle with binge eating and body hatred and recommended a dietitian that did things ‘differently.’ Having done “everything else” I knew of (including getting undergraduate & graduate degrees in health & fitness!), I figured, Why not?

Diana (my dietitian) shared the ideas behind Intuitive Eating (Health at Every Size wasn’t a “thing” yet) and I politely listened. But the voice in my head was saying, “No! You are a fitness professional, you MUST look the part,” meaning I had to be thin and perfect.

(Note: Through my entire early fitness career – 1993 to 1999 when I discovered Intuitive Eating – my weight went up and down numerous times. I was ‘thin’ for maybe 2 weeks at a time until the binging came back like it always does when attempting to control our bodies.)

Because of my lengthy experience with yo-yo dieting and binge eating, deep down I knew what Diana was telling me was correct. Diets weren’t the answer, nor were counting calories, exercising excessively or all the other things I tried. I never put my clients on a diet or suggested anything potentially unsafe to lose weight. But I held myself to a different standard, thinking I had to look the part.

This kept me from embracing Intuitive Eating for a couple of years. I worked with Diana for about 6 weeks and I did notice some of the stress around food calming down. I enjoyed some of my so-called “bad” foods and had a few “a-ha” moments where I felt physical hunger and fullness. It was amazing. But my need to be “perfect” and look like a personal trainer (whatever that means), and, let’s be honest, my lack of self-esteem and self-worth kept me from taking that full leap.

Have you said this to yourself?

“I’m going to lose the weight first, then I’ll embrace Intuitive Eating so I can keep it off!”

I hear this so often… usually from women wanting my permission to do it. Sorry, it doesn’t work. I talked myself into this idea, but I could never keep the weight off long enough to get to Intuitive Eating. It doesn’t work this way – wanting to lose weight will always get in the way of making peace with food and your body.

After those first weeks with Diana, she went on maternity leave. It wasn’t long before I found myself gravitating back to attempting to control my eating and exercise.

To my credit, I didn’t diet for some time, at least I didn’t think I was dieting. But I was playing around with what I call, “diets in disguise.”  I was counting calories, using the old “exchange” system and trying to “eat healthy.”

My weight continued to go up and down and eventually I stopped being able to lose anything at all (which happens after a certain number of diets). Then I heard about a “program” on a Saturday morning fitness personality talk show, whose name will go unmentioned. She had a guest who had written yet another book on dieting (of course she said it wasn’t a diet, they all do).

It was a low-carb program – something I was 100% against. I believed eating a high-protein diet was dangerous and I avoided these ideas like the plague.

But like most people, I was swayed by the idea of losing weight and trying something “different.” This diet was very similar to the diet named after a popular tourist area in Florida – the first 3 weeks are the hardest (as-in, most restrictive) and excludes almost all carbohydrate. The author even said to not exercise during the first 3 weeks because of the low carbohydrate content (duh – carbs are our first source of energy, of course you won’t feel like going for a walk or run!).

A Diet by any Other Name… Is Just as Miserable

I followed the diet to the letter. This included minimal food. I also drank plain, unsweetened cranberry juice (NOT the cocktail version) and made smoothies with ground flaxseed. I took the supplements (just overpriced essential fatty acid capsules). For a diet, it was pretty easy to follow (until it wasn’t, of course) and I actually felt good while I was on it. But I only lasted 2.5 weeks.

Looking back, I’m surprised I lasted that long. These days I can’t think about dieting, restricting or cutting out any food for a day, let alone a couple of weeks. 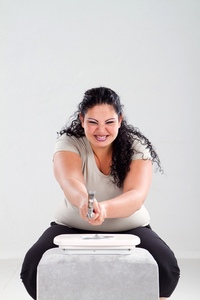 But I did feel pretty good during the diet, despite my hunger, up until the start of the binging. I don’t remember how it happened, which makes sense because it’s usually not a conscious decision. No one wants to binge themselves into a food coma, contrary to the beliefs of trolls that say we have control over everything we put in our mouths.

(Hey trolls, why don’t you stick a foot in your mouth and keep your unsolicited opinions to yourself? Thanks.)

Sure enough, my Third Law of Diet Mentality* showed up and binging ensued. For days. And the ugly self-talk joined in, just for fun.

After a few days of beating myself up physically with food and mentally with negative self-talk, I called Diana. She was back to work long before this diet, but thinking I “should” know how to handle my issues and that I “should” be able to control myself and my eating, I “shoulded” my way into thinking I didn’t need the help.

Can you relate? If so, please don’t let it go as long as I did. Reaching out for help is scary and vulnerable, but it’s self-care. Very few of us have been taught how to take care of ourselves in a compassionate, nurturing way. It’s a skill that takes time to develop.

The End of Dieting… Finally!

While I don’t remember exactly when the binging started after this diet, I do remember reaching out to Diana for help. I told her about the diet, the food, hoping I could lose the weight and all the assorted craziness that brought on the situation I was in.

The one thing I simply couldn’t understand was WHY did I fail? I actually felt really good. Despite the low carbohydrates, I felt like I had great energy, my mood was really positive and it seemed like it was a positive experience up until the binging began.

This brought up the question I began this post with… “Why couldn’t I sustain something that made me feel so good?”

It didn’t make sense that I couldn’t physically and mentally continue to do something that made me feel really good.

“Of course you felt good, you got HIGH off of your diet!”

Then, she went on, “When you get high, the only thing you can do is go down.”

This made complete sense to me. Nothing that feels really good lasts forever, even when it’s healthy or legal. Endorphins from exercise don’t last. The effects of alcohol don’t last. Those intense feelings from a new romantic relationship don’t stay that intense. The feelings from great sex don’t last, either… How could the high** from a diet last?

As soon as Diana said this to me, I was finished with dieting.

No diets in disguise, no head games, no restriction. I had broken free from the secret hope that I was different and I could be perfect.

After this revelation, I committed to embracing Intuitive Eating and haven’t looked back. There were other beliefs, thoughts, emotions, and behaviors to confront and deal with, but none of that would have happened without the revelation that I was getting high off of my diet.

Do you think you’ve gotten high from dieting? Is knowing this enough to help you consider walking away from it? If not, what’s holding you back?

I’d love to know your thoughts… please comment and let’s talk about it!

* You may be familiar with Sir Isaac Newton’s Three Laws of Motion in the world of physics. I’ve co-opted it to apply it to dieting (with apologies to Isaac Newton, of course). This is my (snarky and not perfectly scientific – but close!) version:

**Although I talked about getting “high” from a diet and from dieting in general, I am NOT implying addiction. The idea of addiction has no useful place in making peace with food or your body. Food and body issues aren’t treated effectively with a 12-step or other traditional addiction model. I do understand how it can feel like you’re addicted to food, binging, or even something like sugar or flour. However, these beliefs will keep you stuck because we all need to eat and cannot abstain from food.