In Part 1 of, “I Know What I Want To Do… So Why Don’t I Do It?”, you learned four reasons executive coach Marshall Goldsmith says are responsible for why we often don’t follow through with the things we say we want to accomplish. These four reasons have to do with our perception which often doesn’t match reality.

These reasons that Goldsmith described include:

While these issues are about our perception of what we want to do and what the circumstances will be at the time of working on what we want to do, psychologist Glenn Mackintosh answers the same question by looking at two systems at work in our brain.

Our Brain Has Its Own Agenda

I often talk about the research (along with anecdotal evidence from millions of dieters) that shows we really aren’t in control of our body weight, shape or size. We like to think we can control our size or our shape, and plenty of marketers still claim that you can have “the body of your dreams.” But it really comes down to our genetics. And the more we try to change our body to conform to what we want, it fights back, takes control and you end up with change in the opposite direction, gaining more weight.

A similar case can be made for our brain. While we do have control of our conscious mind (although it doesn’t always feel like it!), the subconscious is in the background, running much of the show, regardless of what you’re trying to accomplish with your conscious mind.

Glenn explains the role your brain plays in whether you follow through or not with something you want to do in his YouTube series, Thursday Therapy, episode #29, “I know what I want to do, but I can’t do it!” But in the beginning, he does share some comforting news:

…this is super normal, you’re not crazy. I get the frustration, it is frustrating… but I want you to try and have a bit of self-compassion because this is a very, very normal thing.

…we actually have two parts of our brain that are making the decisions around what we want to do and what we don’t want to do simultaneously.

If you’ve ever felt like you had two minds working against each other, keeping you from accomplishing something important, in a way, you did!  But there’s no reason to beat yourself up because, as Glenn tells us, this is normal. According to Glenn, these two systems in our brain go to work when we are thinking about what we want to do (or what we don’t want to do).

These two systems are the reflective and the impulsive systems.

The first system Glenn describes is the reflective system. Glenn compares it to Mr. Spock from Star Trek:

…the reflective system is quite logical, it’s a very slow thinking system. And it’s kind of related to willpower. It takes a lot of effort, so I think of this like a “Spock”-type thinking and this is the part that makes all of the plans.

Keep in mind when Glenn refers to willpower, he’s not talking about willpower related to dieting. Willpower is part of 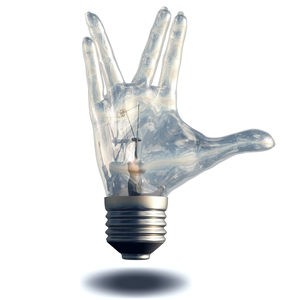 “diet mentality” and not appropriate for decisions around food and eating, but in other situations, it can be a very useful tool. Using the reflective system, including willpower, can be effective in getting yourself to do something worthwhile that you just don’t feel like doing at the moment.

According to Glenn, the reflective system…

…this is a like a fast and intuitive kind of a system. It happens without a lot of conscious thought at all. It’s impulsive and it’s related to our emotions. I think of this system as being like Homer Simpson.

Because the impulsive brain is triggered by emotions, it’s responsible for quick “reactions” that we often regret. The comparison to Homer Simpson illustrates this system at work. Homer is well known for acting on his emotions and for being quite impulsive, especially around food. Put a sad Homer around a box of donuts, and you’ve got an impulsive system’s dream!

Characteristics of the impulsive system include…

Using the Systems For Better Follow-Through

Glenn suggests the best results – following through with what you want to do – comes from transforming the relationship between the two systems. This involves changing the impulsive system to want what you want so you don’t need to use more willpower (and the reflective system) or end up arguing with yourself.

…you can transform the relationship between those two systems, so you can actually do more of those things that you say you want to do.

Because the impulsive system involves the subconscious mind, to change it to want what you want, Glenn recommends what he calls the “Alternative Therapies.” These are tapping (EFT) and hypnosis. Over time the subconscious mind can be changed… Homer may actually want to exercise rather than eat the donut. It turns out, the effects of these therapies actually increase over time, according to Glenn, so…

…because they’re working on that impulsive system and changing the impulsive system, you don’t need as much willpower to fight with yourself to make those decisions that you want to do.

Glenn still recommends taking measures to transform the reflective system as well. He suggests, instead of attempting to boost willpower (which isn’t always easy to do), 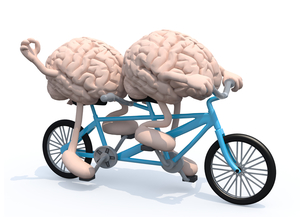 to look for those things that may weaken it – and remove them. Keep in mind an improved impulsive system will keep us from having to rely on willpower alone. But there are several factors that can weaken willpower which we need to be aware of, including:

The last factor Glenn recommends considering so you are able to follow through is your environment:

…set up your environment for success so that impulsively you’re making the right choices for you and it doesn’t take as much willpower.

Think about the self-care activities you want to be doing. This may include making sure you have the foods at home that you enjoy eating and make you feel good, figuring out how to make it easier to get some activity (put your exercise clothes out for the morning, join a gym that is close to home, etc.), or having cold water on hand that’s easy to grab when you’re thirsty. Whatever it is you want to be doing, there will be ways of making it more accessible or more automatic to keep the willpower requirement as low as possible, especially while you’re strengthening your impulsive system at the same time!

Glenn Mackintosh is one of my favorite people on YouTube for information on Health at Every Size and Intuitive Eating – especially from a psychological point of view. I highly recommend his videos, especially Thursday Therapy. You can watch episode #29 below and follow Glenn on YouTube. He is an expert on hypnosis and tapping (EFT) as well.

Let me know what you think of these ideas and what you’ll be working on first in the comments below!

Stay tuned for part 3 of this series, coming soon!