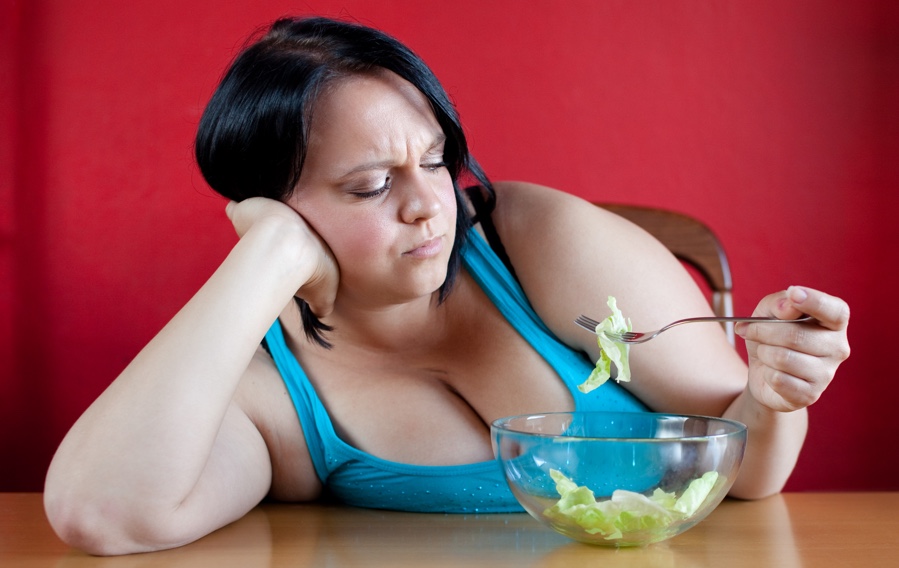 Many years ago I wrote a blog post about diet industry mind games (on a blog that’s since gone wherever blogs go to die) directed towards Weight Watchers. It was January, and the diet ads were in full force, taking advantage of New Year’s resolution time.

I forget the exact year, but the anti-diet message had picked up steam and it probably scared many diet companies, including Weight Watchers. Their new slogan that year was, “Stop Dieting, Start Living.” The first time I saw this on a WW commercial I was horrified and indignant at the same time.

How could they get away with claiming that Weight Watchers isn’t a diet? The claim went on… “Weight Watchers works because it’s not a diet. You’ll learn how to eat right and live healthy so you can lose the weight and keep it off.” They actually had the nerve to say “…it’s not a diet.” I just stood there, trying to understand how they could say such a thing.

Nothing had changed about the program. It was similar to what I had gone through many years earlier. But they were using the “points” system by this time. I was in Weight Watchers when they still used “exchanges” as the way to determine how much (or little) you could eat each day.

My old post on diet industry mind games certainly conveyed how insulting and disgusting it was for Weight Watchers to take advantage of the non-diet/anti-diet movement and co-opt its message as well. Not to mention that this claim was absolutely, 100 percent FALSE. It was kind of fun to put my frustration into a very snarky post addressing Weight Watchers and their claim for anyone to read.

Since then, Weight Watchers has come up with all kinds of new advertising campaigns. Some are horrible, others make the usual promises that 97% of members will never achieve. And now Oprah is part owner of the company… well, that’s a rant for another day. But I have heard her claim recently that it’s not a diet, which is simply hilarious.

However, as the company has continued to grow, several former members, leaders and even a few from the corporate office of WW have been exposing the truth. I don’t have links or references handy, so I will list them another time when I can include the sources.

But just the other day I was looking over one of my favorite newsletters, Recovery Warriors, when I saw an article by Kelly Spears called, “How Weight Watchers Fueled My Eating Disorder.”  Kelly was a reluctant Weight Watchers member turned leader, then corporate employee. It didn’t take very long after attending her first WW meeting for her to become a huge fan:

“Weight Watchers fed into my perfectionist tendencies by insisting it was acceptable—and celebrated—to write down everything I ate. “BLTs” (bites, licks, and tastes) became little reminders that I had no willpower, and every morsel must be recorded to keep me accountable.

‘Nothing tastes as good as thin feels.’

That became my mantra. And it stuck with me for years as I plummeted into a full-blown eating disorder.”

I remember that saying, that “nothing tastes as good as thin feels.” All the women were standing in what I called the “cattle” line (because we were herded together in one place, waiting to be weighed in front of everyone else) and one day someone said those exact words. All of a sudden, everyone was saying it, including me. That saying now makes me want to punch something, and then go eat a piece of delicious chocolate cake in that same line and tell them, “Nope, this cake tastes much better!”

Nothing Feels As Good As Making Peace With Food

I was thin several times during my years of dieting and binging. It never felt good. I was a nervous wreck, afraid to eat anything for fear of the weight flying back on. And it always did. I would cringe when a man would look at me. I thought I wanted that, but it only made me feel exposed and uncomfortable. Thin also “felt” like hours at that gym daily for 60 minutes of boring, soul-sucking cardio exercise – that I later discovered actually made it harder to keep the weight off.

(For the record, when I lost weight after learning to eat intuitively, it felt good, I suppose. However, what was more important is how I felt – and that was very good – and it had nothing to do with the number on the scale.)

I actually only made it through 5 weeks in my first Weight Watchers attempt. That first week I lost weight, mostly water, but as long as the number was lower I didn’t care. Miserable, I quit after my 5th meeting. A year later I made my second and final attempt. I went to the same meeting I had attended before. There I was standing in the same line waiting to be weighed like cattle once again. I noticed many of the very same women standing in line who had attended the meetings a year ago, and they looked exactly the same.

For once, I made a smart decision about dieting and left. I didn’t want to spend a year of my life going to Weight Watcher meetings, being humiliated and judged by strangers who weighed me, just to remain at the same weight. The thought actually made me want to binge! But this was only the very beginning of my 15-year diet journey that caused more diet-binge cycles than I could count as well as a huge escalation of the binging behavior that had begun 10 years earlier.

Kelly’s story is quite familiar to me, but in many ways her journey was different. Her binge eating disorder started after she became a chronic dieter.

“My disordered eating took root quickly after that first binge. In hindsight, I see that it actually started the moment I began counting points.

I began a cycle of counting and tracking points, bingeing, hating myself, restricting my food intake, exercising compulsively, feeling hopeful, and then spiraling downward again.”

Even worse, as a Weight Watchers leader and employee, she had to maintain her weight. If she deviated even a few pounds, her job was in jeopardy. They have removed many amazing meeting leaders for gaining a few pounds. It makes me wonder what happens if someone has a medical condition, such as a thyroid issue, that causes weight gain.

The weight I gained at the start of perimenopause came on quickly. There was nothing I could have done about it. Would I have been sent packing if I had been a leader? Imagine the message that could be sent to members – that life goes on and you can be happy, even if you gain weight! But I suppose that wouldn’t be good for business. Diet companies survive because diets have a 97% failure rate. They count on you not being able to keep it up.  Then they play their diet industry mind games and say it’s all your fault, you’re the failure.

Kelly was able to get help and learn more about how and why she developed binge eating disorder. It could have shown up anyway, she says. But her time with Weight Watchers had a huge impact on how it came about. She reached the conclusion that many of us eventually come to:

“One thing I do know is that I can no longer attempt to control my weight. Looking back, I realize that I never had control of it at all. My body was always in control. My dietician taught me intuitive eating, and I’ve learned that no foods are good or bad.”

Her journey continues, but she is clear about one thing:

“People used to tell me that Weight Watchers isn’t a diet but it is. I back that statement by explaining that the program encourages its members to focus on external goals and cues rather than trusting and honoring their bodies. Any program that focuses on weight control or has rules is, indeed, a diet. People don’t fail; the diets they keep going back to fail them. We are not at fault.”

I couldn’t have said it any better. But I’ll say it again…

Weight Watchers is a diet and always has been a diet. Their diet industry mind games are classic and easy to spot. So Weight Watchers, you can pretend you’re a “lifestyle change.” No matter the euphemism you use, a diet you will always be. And diets fail people, that’s their job.

You can read the complete story of Kelly’s experience on the Recovery Warriors site: https://www.recoverywarriors.com/how-weight-watchers-fueled-eating-disorder/