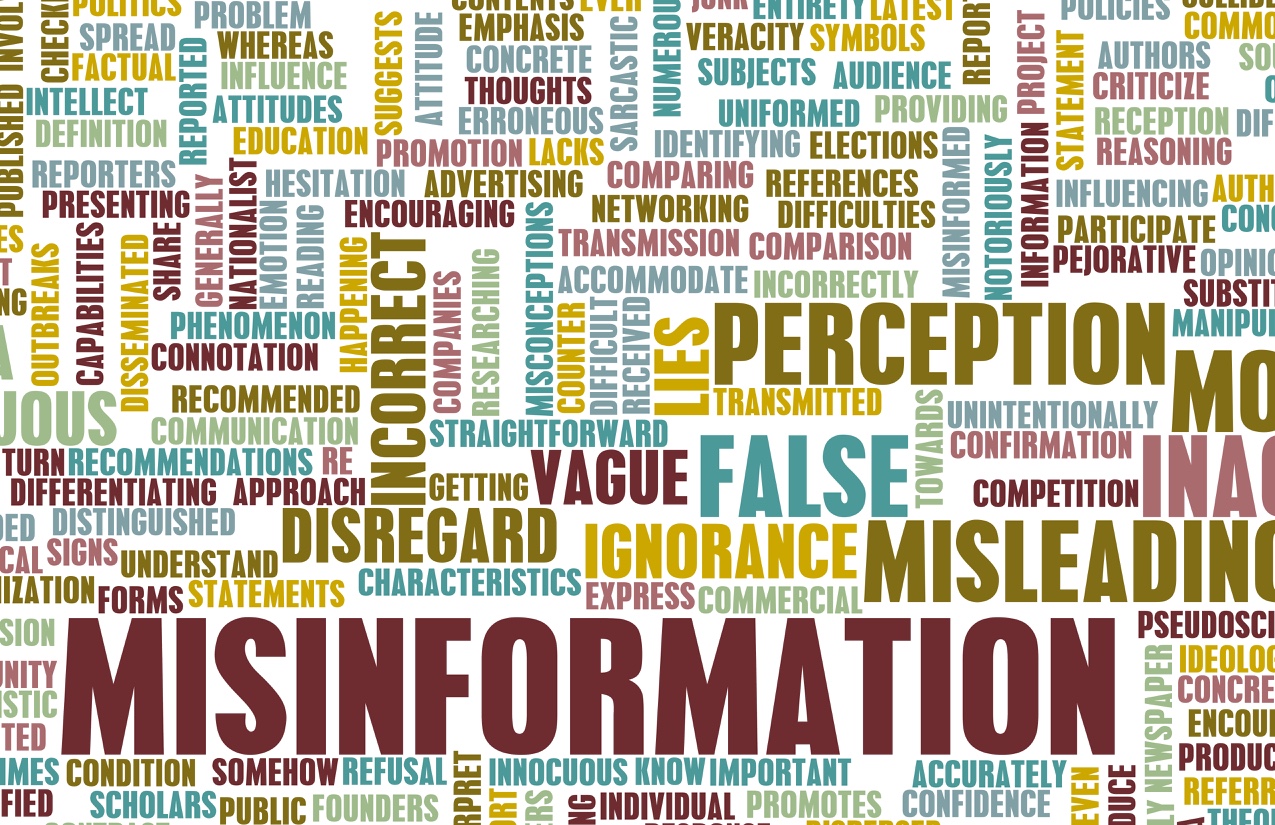 Missing the Point of Intuitive Eating

A few weeks ago, I received a message from a colleague. She told me another professional in our field was advocating adding calorie counting to the intuitive eating process. Why? Apparently, according to this person, because intuitive eating “doesn’t work for weight loss.” This is another example of a disturbing trend of completely missing the point of intuitive eating.

There are (at least!) two huge problems with combining calorie counting with intuitive eating. First, counting calories is a waste of time and can actually cause you to gain weight. I will share more about this in an upcoming post.

Second, anyone that actually knows what they’re talking about will tell you that weight loss is NOT a goal of intuitive eating. Never has been, never will be.

This is really annoying. Almost daily I see a post, video or podcast talking about how intuitive eating “doesn’t work” for whatever reason. I’ve seen even worse said about it by people who think fat shaming and deprivation are perfectly acceptable.

The internet is pretty awesome, but the trolls are working overtime to make it all about them and their insecurities… but I digress.

A couple weeks ago I saw an article on what I think is a lifestyle site for millennials. (I’m guessing, I didn’t take the time to find out exactly what it was.) What caught my attention was an article by a woman who tried the “intuitive eating diet” for a week.

She actually called it The Intuitive Eating Diet.

I left a lengthy comment explaining that intuitive eating was not a diet, and to call it a diet went against everything it stood for. I doubt anyone read it. It was likely lost among the comments about the images of the food the writer ate during her week.

Talk about missing the point of intuitive eating!

I try to see this trend as a good sign. The word is spreading about intuitive eating, even though many don’t quite get it. I am happy about this.

But the more the word spreads, it becomes a horrible game of “telephone.” As more people talk about it, the purpose and intention behind it become twisted and distorted by those that are simply missing the point of intuitive eating.

The ‘Limits’ of Intuitive Eating?

One of the worst examples of missing the point of intuitive eating comes from a study that was written about in the New York Times in November 2015. This study used a painfully small sample size of 16 “overweight” men and women recruited from a community college.

Half the volunteers were put on a diet of 1200 to 1800 calories a day, according to the NY Times. They also learned how to eat “healthy” given the calorie restriction.

The other half were instructed to follow the 10 principles outlined in the book Intuitive Eating. All subjects were measured, weighed, etc. at 3 weeks and at the end of the 6-week study.

In the end the diet group lost an average of 5.3 pounds. The intuitive eating group lost very little, and some gained up to 2 pounds.

According to this article, the lead researcher, Judith C. Anglin, said about the intuitive eating group, “…their discipline, luck or bodily self-awareness apparently deserted them, and most began regaining weight.”

Really? I have a feeling Judith C. Anglin didn’t read her copy of Intuitive Eating.

Luck? What does luck have to do with anything?

Bodily self-awareness? In 6 weeks, with minimal instruction – they wouldn’t have developed it, let alone be “deserted” by it! (I sense a snarky tone in our friend Judith’s comments as well, how about you?)

Can you see the serious flaws in this study? They practically scream out to me, and to the large number of other professionals that spoke out against this article and the study it described.

The New York Times also posted this article on their blog, giving many of the frustrated professionals, advocates and those whose lives have been changed by intuitive eating a chance to have their say.

There are over 90 comments! An overwhelming majority point out that the researcher and writer are missing the point of intuitive eating.

While this article came out in late 2015, a year and a half later the misconceptions and inaccurate claims continue. It’s frustrating to hear a professional tell her followers that intuitive eating doesn’t work for weight loss and counting calories is the way to go. This is coming from someone that claims she doesn’t believe in diets!

So I’m going to do what I can to set the record straight – about this study and in general, here in my little corner of the internet. I’ll do my best to keep it to 3 short points…

#1: I can’t say it enough: Weight loss is NOT the goal of Intuitive Eating! I guarantee if you approach intuitive eating with the intention to lose weight, you never, ever will. Many people do lose weight as they make peace with food and learn to eat intuitively…

But not if they are focused on weight loss.

#2: No one becomes an intuitive eater in 6 weeks! The way this study was designed set the intuitive eating group up for failure before it even began (kind of like diets do!).

Intuitive eating is a journey. Part of this journey includes a healing process – your body and mind must both heal from the damage dieting has caused. For many, disordered eating patterns have developed over years, and it will take longer than 6 weeks to identify and overcome these patterns and their cause.

I wonder how much instruction the intuitive eating group received about the 10 principles in the book, Intuitive Eating. It’s likely it was a simple overview of these principles, which isn’t very helpful, especially without assistance in learning how to apply them to your own unique situation. Six weeks isn’t anywhere near enough time to learn all 10 – they build upon each other and often you need to have a good understanding of one to move to the next.

It’s also extremely difficult to see past your own diet mentality thinking and behaviors. Self-sabotage will happen in the process of making peace with food. But it’s very hard to recognize it when you’re the one engaging in it. This is a journey that requires patience, time and support.

#3: The ill-informed comments of the researcher of this study, “…their discipline, luck or bodily self-awareness apparently deserted them, and most began regaining weight,” seems to imply that the subjects using intuitive eating had failed, or at the very least that intuitive eating failed.

In fact, a small amount of weight gain is actually normal in the very early stages of the intuitive eating process. When you’re making peace with food, you will inevitably be adding back in several foods that you’ve restricted for years.

The “diet deprivation backlash” the Intuitive Eating authors talk about can show up, causing some overeating when introducing a formerly banished or restricted food. But the overeating doesn’t last very long.

“If I let myself eat (your favorite food here), I’ll never stop eating it,” is a common objection to making all foods legal.

I certainly had these same thoughts. I also didn’t want to gain weight to make peace with food. But my mentor in this process asked a very important question, “Are you willing to gain a few pounds now, to eventually reach your natural weight and stay there without any effort?”

I was willing, but not thrilled with the idea of gaining more weight. However, after gaining a few pounds, my weight stabilized and stayed there for a while I was working through the process. Apparently, I wasn’t at my natural weight, because I did eventually lose weight. In time I became more comfortable in my body and I maintained my weight without any focused effort. This is exactly what my mentor had told me would happen.

My experience is similar to what I see with my clients. Some gain weight in the beginning, but usually no more than 5 to 10 pounds. The others stay at their current weight while their bodies are healing from the damage done by yo-yo dieting.

This healing begins when you begin to honor your body by feeding it when you are hungry. It will begin to make the changes needed to return to optimal functioning, including releasing more fat for fuel, rather than storing it, and returning to a healthier, properly functioning metabolism.

The Reality: Intuitive Eating Is Not A Weight Loss Strategy, but…

I want to be very clear: intuitive eating, mindful eating, making peace with food, whatever you call this process, it is NOT a weight loss program. Weight loss is not and never has been the intended outcome. Only those that are missing the point of intuitive eating make these claims.

Yes, you can lose weight during or after you’ve made peace with food and made intuitive eating part of your life. But weight loss is a natural process that your body takes care of – we have no control over it, and this is a good thing!

Anytime you focus on losing weight, you’re creating a stressful situation for both your body and your mind. This stress puts you into fight or flight, causing many physiological responses that keep your body from releasing stored fat. These responses include stimulating carbohydrate cravings and an inability to fully absorb the nutrients from the food you are eating.

From my own journey in making peace with food and my 13+ years of working with clients on chronic dieting, emotional overeating and binging, I know that weight loss as a goal is always going to backfire. In fact, we’ve all heard that 95% or more of diets don’t work, right? Well, every single one is focused on losing weight.

Why will a focus on weight always backfire?

Because weight, whether lost or gained, is merely a symptom of something else going on in your life.

It could be something very emotional, like the loss of a loved one or going through a divorce. It might be an environmental trigger. For example, you might walk by a bakery every day and develop a habit of grabbing a donut.

Intuitive eating, when used as intended, will not only address the behavior, but also the cause(s). The weight will resolve itself – that is your body’s job.

Anyone offering intuitive eating/mindful eating as a weight loss strategy or program is doing you a disservice.

Resist the temptation to take the bait. Chances are very good you’ll end up disappointed, and possibly weighing more than when you started. Understand that using intuitive eating to lose weight will give you the same results as any other diet. Instead, try something completely different from dieting. Focus on and find the cause for the behavior leading to your weight gain and/or disordered eating. Once you do, you can address this cause, putting an end to the actual reasons why you’ve gained weight.

And remember, you MAY lose weight while learning to make peace with food and eat intuitively. Many people lose weight after they have made peace as well. But there’s a big difference between this type of weight loss and an “intuitive eating weight loss program.”

If you aren’t at your natural weight (which isn’t the same thing as ideal weight or goal weight), when your body is ready, the weight will be released. The best part of this process? You’ll already be eating intuitively and have peace with food when the weight is released!

This means you’ll be able to maintain your natural weight without dieting, restricting, counting calories or putting forth any focused effort! Doesn’t that sound better than spending every day for the rest of your life counting calories and having to obsess over food? It’s completely possible – I know you can have peace with food, too!