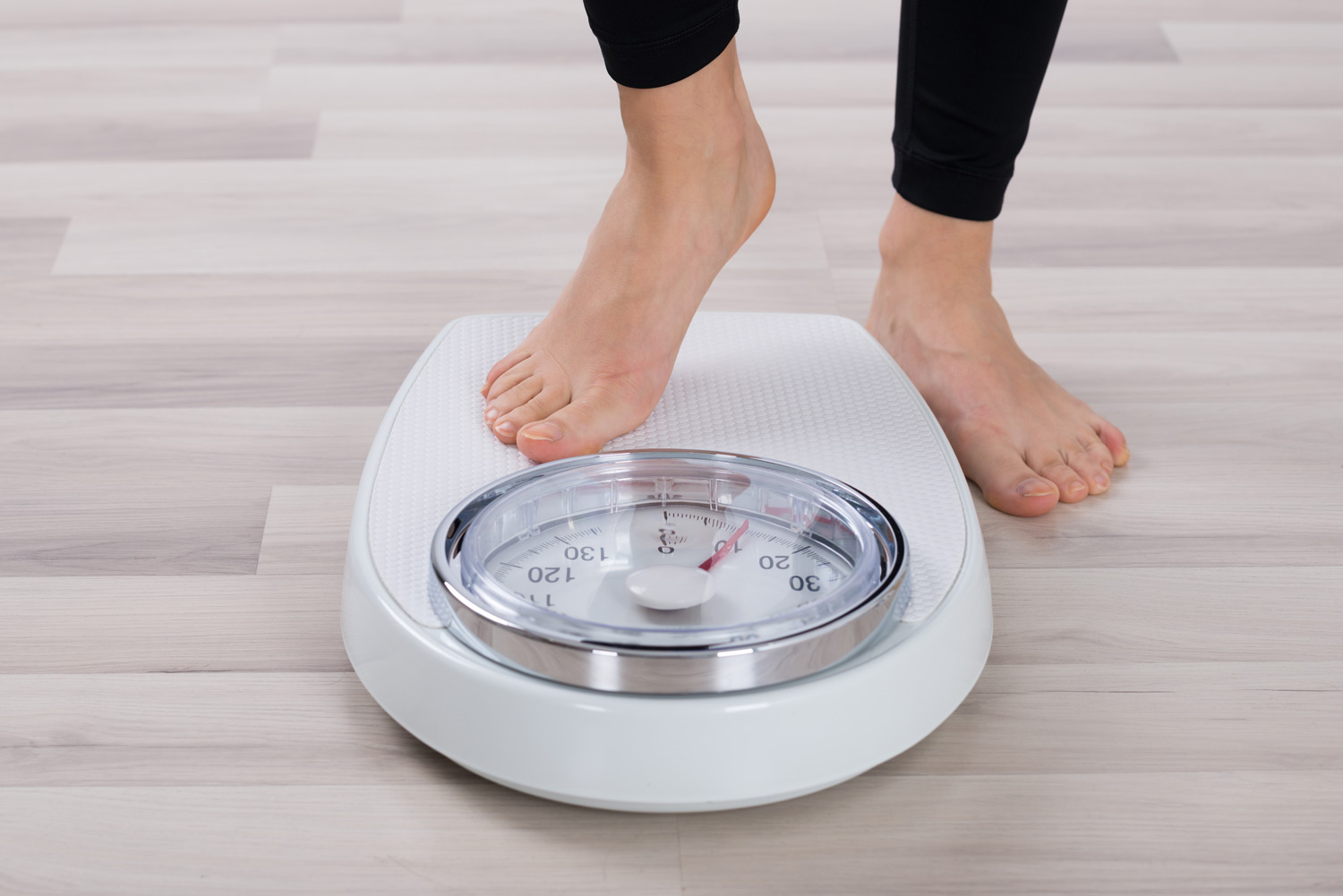 How is Your Relationship With the Scale?

So how’s your relationship with the scale? The daily or weekly scale check-in often causes heart pounding and anxiety before we step on it. It’s my opinion that there aren’t many good reasons to have, let alone use a scale. (Yes, there are a few valid reasons, but none of them are for the intentional pursuit of weight loss.)

Since the moment I began dieting my relationship with the scale was a nightmare. I’ve only had a couple of clients who weren’t traumatized by the scale in my 15+ years of working with disordered eating and body image issues. Unfortunately, every other client I’ve worked with has hated the scale… but was terrified to let it go.

Here’s some proof that nothing good can come from the scale when intentionally attempting to make your body smaller.

How Your Relationship With the Scale Becomes Problematic

I came across this very interesting infographic that demonstrates why our relationship with the scale can be so problematic. It’s from the excellent Green Mountain at Fox Run health & wellness retreat center (sadly now closed). They used a non-diet approach to making peace with food and body and in addition to their great work, they put out really good information online about the non-diet approach, self-acceptance, and other related topics. 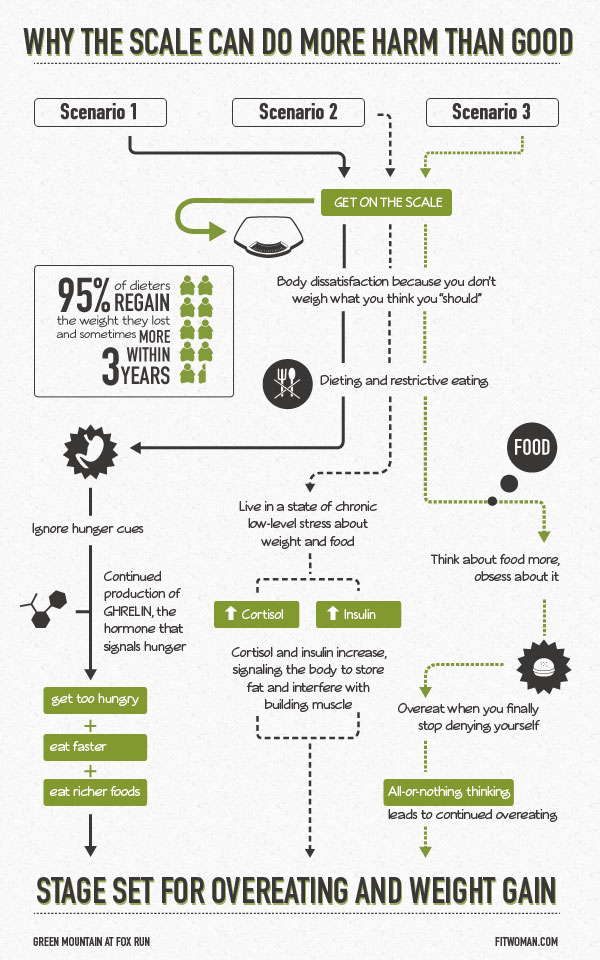 The scale really does do more harm than good, and I for one can relate! I used to weigh myself once a week, which was better than every day or multiple times a day. But even once a week was a complete nightmare for me.

But that wasn’t the craziest part of my former Saturday morning date with the scale. Every trip to the scale, no matter what the result, I wound up feeling worse than before I stepped on it. That’s any result.

If the number went up: The rest of the day was bad. I would beat myself up and contemplate an even stricter diet. I’d also plan more exercise, “feel fat” all day, worry everyone was judging me, obsess, and of course, binge or fight the urge to binge all day.

If the number stayed the same: First I’d have a brief moment of relief that it didn’t go up. Then I would beat myself up, vow to eat even less the next week, and promise more exercise. I’d also obsess over what I was wearing because I refused to buy clothes until I lost weight. And, as with any other result, I would either binge or fight the urge to binge all day long.

If the number went down: I would allow a brief moment of excitement… until the anxiety would hit me, bringing obsessive thoughts like, “What if it’s just water weight and it comes back on really fast?” I would worry about keeping the newly lost weight off. If it took so long to lose this pound, how much longer will it take to lose the rest? And, how would I be able to keep it off? These stressful thoughts triggered overeating and binging, all in response to losing weight!

How ironic is it that the binges, while they could happen any day, were most likely to happen on days when I showed a loss on the scale? I encourage my clients to stop using the scale because so many have had a similar relationship with the scale. While a few can still have a scale at home without using it, for most it’s better to get rid of it.

I had to bring a scale home many years ago after breaking my femur. I used it to measure how much weight I was putting on my leg as I recovered using a walker and then crutches. But I found myself using it much more than necessary just a week after having it around. All the craziness of obsessing over my weight (which I thought I was done with) came back. The scale was removed and I have not owned one since.

I tell my clients that they have to make their own decision about having a scale. But if they want to continue using it, I suggest before stepping on that they consider the following:

Does the Scale Tell You Feel How to About Yourself?

How do you feel when you use the scale? Is it just “data” that you use as nonjudgmental information? Maybe you can keep it. However, if the number on the scale tells you how to feel about yourself all day, it may be better to put it away or get rid of it.

Remember to keep things in perspective. The scale is an inanimate piece of metal that dispenses data that is highly flawed. It doesn’t give you the full story about your body and what is going on. At any given time over a  month, your weight can fluctuate up and down within a few pounds. So even if you are up, it doesn’t mean you’ve gained body fat. If you lose, it also doesn’t mean it was body fat that was lost.

If the scale tells you how to feel about yourself… you aren’t controlling anything – it’s controlling you. You’re giving the scale the power to determine what kind of person you are on a daily basis.

Here’s one final thought about the scale. Many tell me they only use the scale to monitor their progress and keep things “under control.” There are a few people who can take the number and be rational about it, eating a bit less or exercising a little more, but they don’t take it any further than that.

This is not the way most people react to the scale. If the scale tells you how to feel about yourself or whether you were good or bad this week, you aren’t controlling anything – it’s controlling you. You’re giving the scale the power to determine what kind of person you are on a daily basis.

Good news! You get to decide if you’re going to let it continue to have power over you. Make a decision about whether a chunk of plastic and metal is allowed to judge you. While you may not have control over what the scale says, you certainly have control over whether you allow it to say anything in the first place.

Whatever you decide, I know you can make the choice that is right for you!