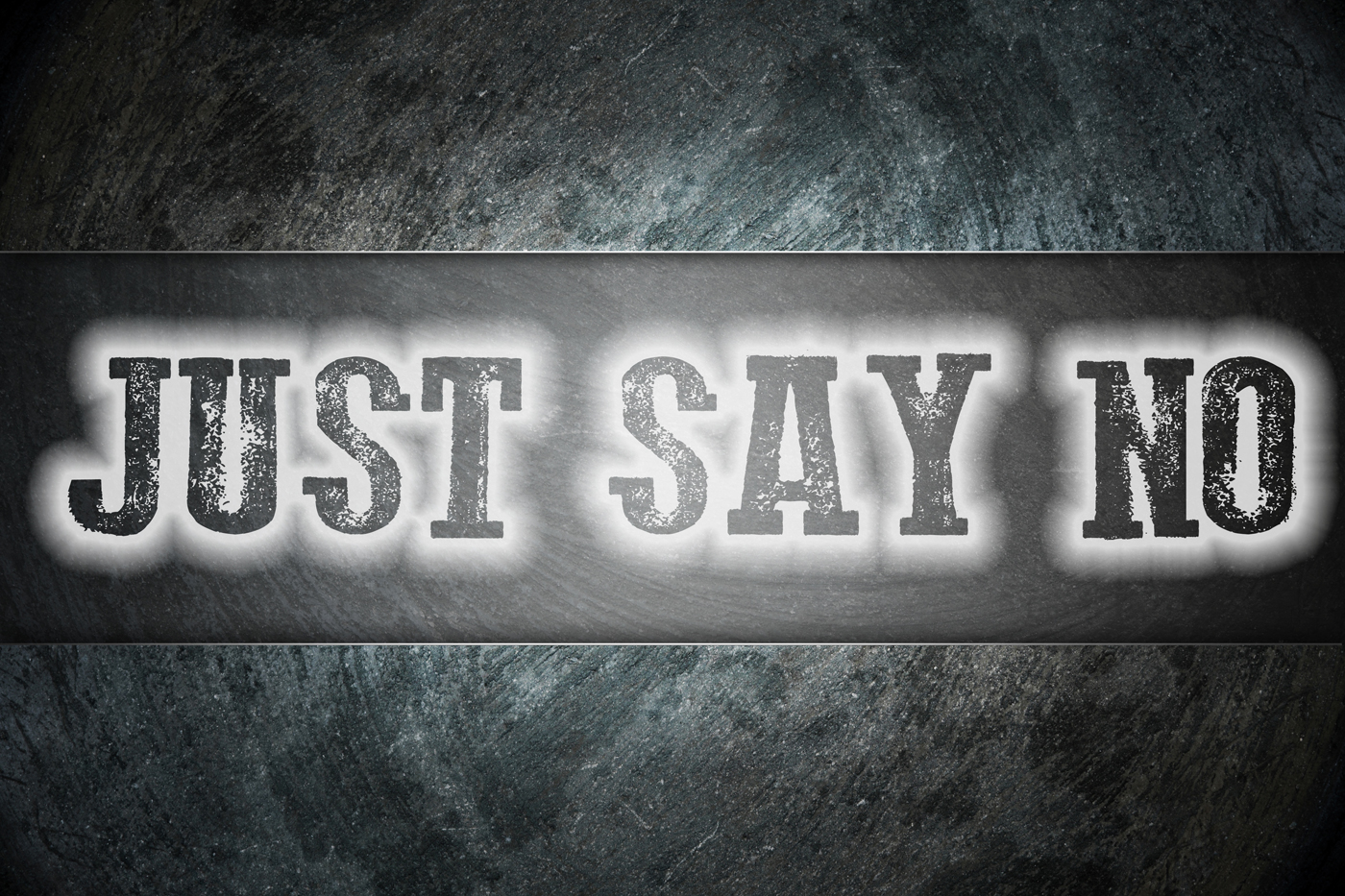 The Magic Two-Letter Word That Can Change Your Life

Do you remember the first word you said as a baby? I certainly don’t, but I would bet that “No!” was probably one of my first words. Most babies are told ‘no’ often by their parents. This makes sense, it’s important to tell babies what not to do sometimes more than saying ‘yes’. We don’t want the baby to get hurt and the ‘no’ just comes out. Before you know it, you’ve got a toddler bumbling along telling everyone including the family dog, “No!”

As we’ve grown up, we use it to correct our own child’s behavior, or perhaps even the dog or cat. It’s in our vocabulary, so why can’t we say it when we want to turn down an offer, invitation or request?

If you have trouble saying no to requests made of you – especially those you don’t want to do – you aren’t alone.

It’s hard for many reasons, including how we were raised and our culture, especially for women. We learned it’s good to be a helpful person. Helpful people receive positive feedback, which increases depending on how busy that person is. “She’s so busy with family and work yet she’s always the first to volunteer when the (school, church, club, neighborhood, etc.) needs help!”

It feels good to get positive feedback…in the moment. But what if you’re taking the time from your family or yourself to do something for someone else? Helping out when you can is appropriate and most of us hope in our time of need we can expect help from those we’ve been there for.

However, if you rarely say no, due to guilt or because you crave that positive feedback, it becomes a problem. Not only do you sacrifice yourself, but you also get labeled as someone who can always be counted on to help. You become the default helper – if no one else volunteers, everyone knows you’ll say yes.

Once you’re in this position, it’s tough to get out. But you can – it just takes saying, “No!”

Start Working Out That ‘No!’ Muscle

Learning to say no is like training a muscle – it takes a conscious effort to begin and become consistent. Similar to conditioning a muscle, you may experience some “soreness” or guilt, in the beginning. Over time it gets easier and you’ll find yourself using your ‘no’ muscle more often.

This is part of self-care. Self-care is essential for a balanced, happy life as well as keeping the important people in your life happy. Self-care helps maintain or build your self-esteem and it reduces stress. Using that tiny two-letter word when you mean it will have a powerful impact on your life!

Saying no to things that don’t serve you or fit into your values or priorities is an essential skill most happy and successful people work on consistently. They’re aware of how difficult it is to fulfill a commitment they’ve said yes to when they really wanted to say no. It leads to feeling taken advantage of or angry at the requester and/or themselves, which makes it even more challenging to follow through with their commitment. To avoid this, they keep their ‘no’ muscle in good shape!

To practice the skill of saying ‘no,’ I often suggest to a client to find an opportunity to say no during the week. They discover the temporary discomfort of saying no is much better than saying yes and having to deal with resentment, anger and often upset from family.

Saying yes to avoid conflict or to be a nice person (when you don’t want to) is a behavior that can lead to the use of a coping mechanism, such as compulsive dieting or overeating. This in turn leads to guilt and shame, which keeps you trapped in the diet-binge cycle. This will repeat as long as you continue to sacrifice yourself and say yes to things you can’t or don’t want to do.

No is a Complete Sentence

Learning to say no can also help if you tend to overeat due to stress, overwhelm, or other negative emotions. Reducing stress can reduce your mindless, automatic eating in response to not having your needs met.

Here’s how it looks: “No.” It doesn’t need an explanation or excuse. This is a big step and you can take baby steps towards simply saying no. It’s a great way of honoring your needs and will set a good example when you get there.

Still uncomfortable with the concept of saying no? Try this out while you’re strengthening your no muscle… when you’re asked you to do something that you don’t want to do, tell the person you want to answer them, but you need some time to think about it.

This works great when you’re worried you won’t say ‘no’ in the moment. Take time to put together what you want to say and how you want to say it. This way you’ll have an easier time saying no, rather than being caught off guard and unprepared.

As I was writing this, the show “Friends” came to mind. In the first episode, Joey asks Phoebe if she wants to help put Ross’ new furniture together and Phoebe, with a straight face, says, “I wish I could, but I don’t want to.” I think sometimes we could all stand to be a little like Phoebe!